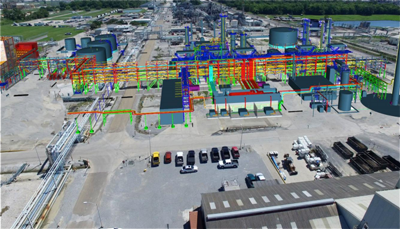 A digital rendering of planned extensions to the REG Geismar biorefinery

“REG Geismar has proven to be a tremendous asset for our company and is a natural site for increasing production of our lower carbon renewable diesel,” said Cynthia “CJ” Warner, president and CEO of REG. “The state of Louisiana and Ascension Parish have been great partners who encouraged us every step along the way as we developed our expansion plan. They truly understand the broad economic and environmental benefits that renewable fuels provide, and we look forward to our continued partnership with them as we undertake this project.”

Already a landmark site in America’s biofuels boom, REG Geismar was the first renewable diesel plant built in the U.S. REG acquired the facility in 2014 and has since expanded its annual production capacity from 75 million to 90 million gallons.

“Louisiana is recognized as a global leader in energy,” Louisiana Governor John Bel Edwards said. “That’s an accomplishment we take great pride in, especially as we pursue lower greenhouse gas emissions through our Climate Initiatives Task Force. Attracting investments like REG’s low-carbon project shows Louisiana can be both an energy leader and a climate leader.”

REG expects the expansion will cost some $825 million and will be completed in late 2023. According to its latest quarterly report, the company produced 137 million gallons of biofuels in Q3 2020, reducing carbon emissions by an estimated 1.1 million metric tons.

“This is an exciting milestone for our business as we continue to advance our drive to produce low carbon fuels at significant scale,” said Warner.  “We are developing this project with our proprietary process technology, and are proud to continue to deliver sustainable fuel solutions to our customers and accelerate the transition to cleaner energy.”

Click here to read the full announcement from REG.