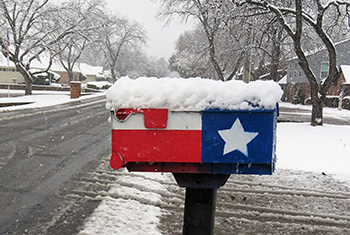 Congressman Dan Crenshaw tweeted, “This is what happens when you force the grid to rely in part on wind as a power source. When weather conditions get as bad as they did this past week, intermittent renewable energy like wind isn’t there when you need it.” 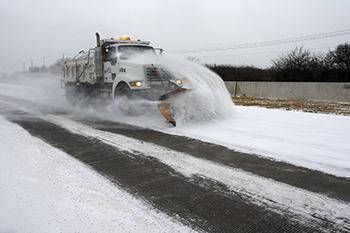 In reality, the photo was taken in Sweden … in 2015 … and showed a helicopter spraying a turbine with plain, old hot water not chemical-based deicer.

Not surprisingly, comments like those above inspired a wave of articles debunking the posts’ false claims. Journalists pointed to wind turbines running in Northern Europe and the Arctic where sub-zero temperatures are not uncommon. And the Electric Reliability Council of Texas, the state’s grid operator, confirmed in a press conference that natural gas, coal and nuclear power plants were responsible for the vast majority of Texas’s electricity outages. Wind and solar energy account for about one-quarter of the state’s total generation capacity, so the grid is far less dependent on these sources than fossil fuels. 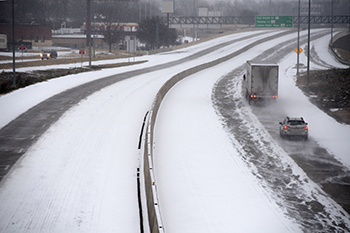 So goes media discourse on topics like renewable energy in 2021. Unfortunately, often lost in the back-and-forth match of baseless claims vs. basic debunking is the nuanced discussion that situations like statewide energy crises demand.

So, what did really happen with Texas’s renewable energy sources last month, and what does it really say about these technologies moving forward?

Yes, some wind turbines did freeze in Texas. The reason, it seems, is that these particular turbines were not built to handle polar vortex conditions. Wind turbines, like all other power generators, need to be lubricated and heated to allow them to continue running during periods of extreme cold. Additionally, turbines in colder climates are constructed using temperature-resistant stainless steel. In Texas, where freezing temperatures are uncommon, builders would be unlikely to invest in such materials, and operators would not typically winterize turbines the way they would in colder regions.

Of course, the same could be said for all of the state’s power generators. Therefore, it seems obvious that the solution to stronger grid security would not be to eliminate renewable electricity sources, but instead to reinforce them so they are better prepared for the next extreme weather event.

Winterized biofuels could someday help support electric power generation, but currently Texas’s grid doesn’t use much liquid fuel for this purpose. In December 2020, liquid sources accounted for just 3,000 megawatt hours of Texas electric utilities’ net generation (out of a total of 6 million megawatt hours from all sources). Indeed, during the height of last month’s energy crisis, the Federal Emergency Management Agency sent Texas 60 backup generators and 10,000 gallons of diesel fuel.

Texas is one of the nation’s leading producers and consumers of biomass-based diesel. As of December 2020, the state’s eight biodiesel producers had an annual capacity of 380 million gallons per year (second only to Iowa, with 459 million gallons per year). From 2013 to 2018, Texas led the nation in biodiesel consumption, using nearly 7.9 million barrels in 2018 alone, which was about 17 percent of total U.S. consumption that year.

The biodiesel portion of blended fuels sold in Texas is exempt from the state’s fuel tax, and state agency fleets with more than 15 vehicles must run at least half of their vehicles on alternative fuels such as B20 biodiesel. Mandates and incentives like these could eventually help drive adoption of winterized biofuel among the state’s power generators. In the meantime, biofuel production in Texas is moving full-steam ahead with or without additional policies.

On January 28, Darling Ingredients and Valero announced that their joint venture, Diamond Green Diesel, had received approval from both companies’ boards of directors to begin construction of a planned renewable diesel production facility at Valero’s Port Arthur, Texas refinery. When it commences operations in 2023, the facility will have an estimated annual production capacity of 470 million gallons.

Texas’s increasing biofuel production and consumption totals show that there is a healthy market for several different renewable energy sources in and out of the state. Grids seeking both energy security and decarbonization may look to all of these sources and others as demand for renewable electricity increases in the years to come.