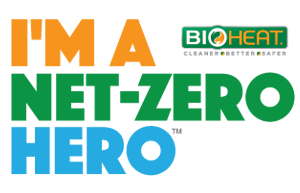 The multi-channel campaign features an ethnically diverse cast of characters, each describing themselves as “a Net-Zero Hero™” because they use biodiesel-blended Bioheat® fuel to reduce their carbon footprint. This messaging reinforces the liquid heating fuel industry’s commitment to reaching net-zero by 2050 as well as Bioheat® fuel’s role as an immediate solution that provides significant carbon reductions “right here, right now.”

“Net-Zero Hero™” was developed and executed by New York-based marketing agency PriMedia and is slated to run through winter 2020-2021 onward. The outreach strategy includes:

NYSEC has positioned itself as “the voice of the Bioheat® industry” in New York City, Long Island, and Westchester, NY, representing full-service fuel dealers and associated trade workers throughout the downstate region. This is the single largest renewable liquid heating market in the U.S., with over one million homes already successfully using a minimum B5 (5% biodiesel) blend of Bioheat® fuel. For more information, contact NYSEC Chief Executive Officer Rocco Lacertosa at 212-695-1380 ext. 201 or rlacertosa@nysecnow.org.